Eden-Monaro covers an area of approximately 29,499 sq km from Queanbeyan to South Durras in the north, south to the Victorian border, extending to the southern and eastern borders of the Australian Capital Territory.

Products / industries of the area include timber, beef cattle, sheep and wool, dairy farming, dairy products and mixed farming. The Snowy Mountains hydro-electric scheme, snowfields and tourism are important industries for this division. It is one of the largest electoral regions in New South Wales stretching from the snowfields of Kosciusko to the sapphire waters of the Far South Coast. It also home to 7 Masonic Lodges which meet at Masonic Centres in Cooma, Bombala, Bateman's Bay, Moruya, Bega and Pambula in what is known as District 49 from 10th September 2014. These Lodges were formerly contained in two districts, 105 and 114 under the jurisdiction of the United Grand Lodge of NSW and ACT. See "Regions and Districts" in the main menu to the left. At the June 2016 Grand Communication it was announced that District 49 would split into two areas each with a DGIW in view of the geographical size of the total area and the time and risks taken visiting distant Lodges especially at night. The new districts are 49A in the North with 3 Lodges and 49B with 4 Lodges in the South. This change came into effect at the September 2016 Grand Communication and Proclamation. At the March 2019 Communication, Lodge Milton was added to 49A.

3rd March: Batemans Bay D/L tyling at 10am at Soldiers Club. A short meeting to invest officers. No re-Installation ceremony.

The Quarterly Grand Communication to be held next month will again be live streamed to around 34 Masonic Centres throughout the jurisdiction primarily for the benefit of regional members who are unable to attend the event at the Sydney Masonic Centre.

On the agenda for the forthcoming meeting is the election of Grand Master for the 2020-2021 Masonic term. Hitherto members were required to attend the Sydney Masonic Centre to lodge votes but with live streaming the regional members now have the ability to vote at the closest Centre that has been listed as a Live Streaming venue.

It is important that Brethren take advantage of this new innovation which ensures that every member now has the ability to have a say in who the next Grand Master will be. The Grand Lodge web site also has information about the election.

Apathy should not be permitted to influence the right to vote.

Thinking of becoming a Freemason?

Lodges in District 49a

Lodges in District 49B

Meets at Cooma Masonic Centre on 3rd Monday at 7.30pm.

in March, April May, Sept October and November.

We have 67 guests and no members online 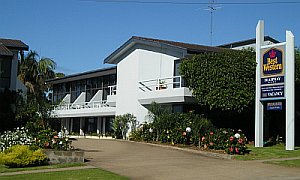 Visiting Merimbula? Why not stay with Anton and Antoinette at their Sea Spray Motel.
Click on photo for their web site.

Josh helped with the upgrade of the Pambula Lodge kitchen.

This web site
is approved and supported by the
United Grand Lodge of NSW and the ACT.

Please sign our visitors book before leaving.
Your comments, good or bad, will be appreciated.